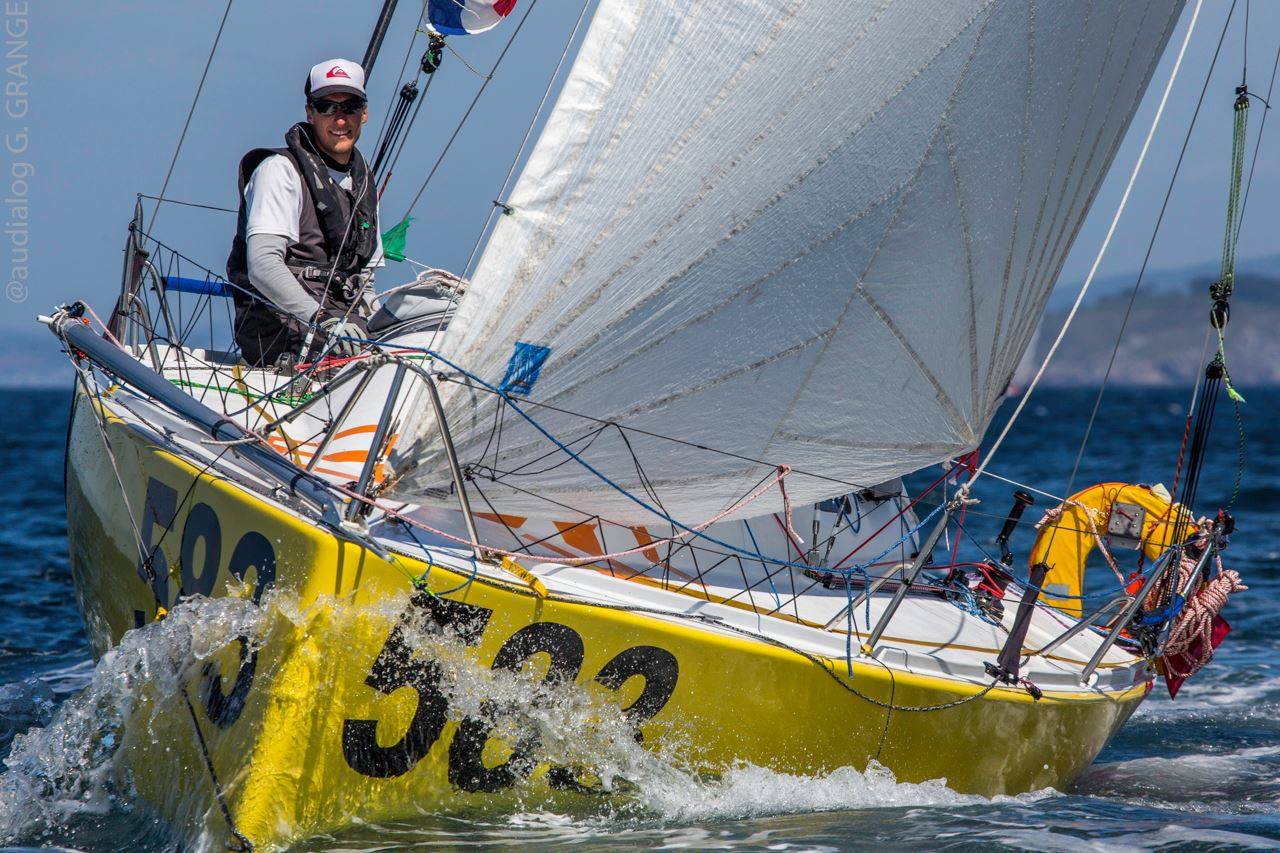 A “Mini” is a 21 foot, extreme offshore racing sailboat. Built specifically for the Mini Transat Race, they collectively form one of the world’s most extreme sailing communities – Classe Mini.

What’s amazing about the Mini is that the governing body restricts the equipment the sailors are allowed to take! They are allowed paper charts and a basic GPS to navigate, as well as a short range VHF radio to communicate. No cell phones or modern chart plotters, so it’s back to basics!

“Yellowfin”, the boat that Sandy used for the 2014 season fits under the Mini Classe rules. Designed by renowned designer Marc Lombard, the Zero hit its prime in the mid 2000’s. Yellowfin was still extremely fast compared to the other production boats, especially in light winds. She is known as one of the more stable and forgiving Minis, which served Sandy well as his first boat. 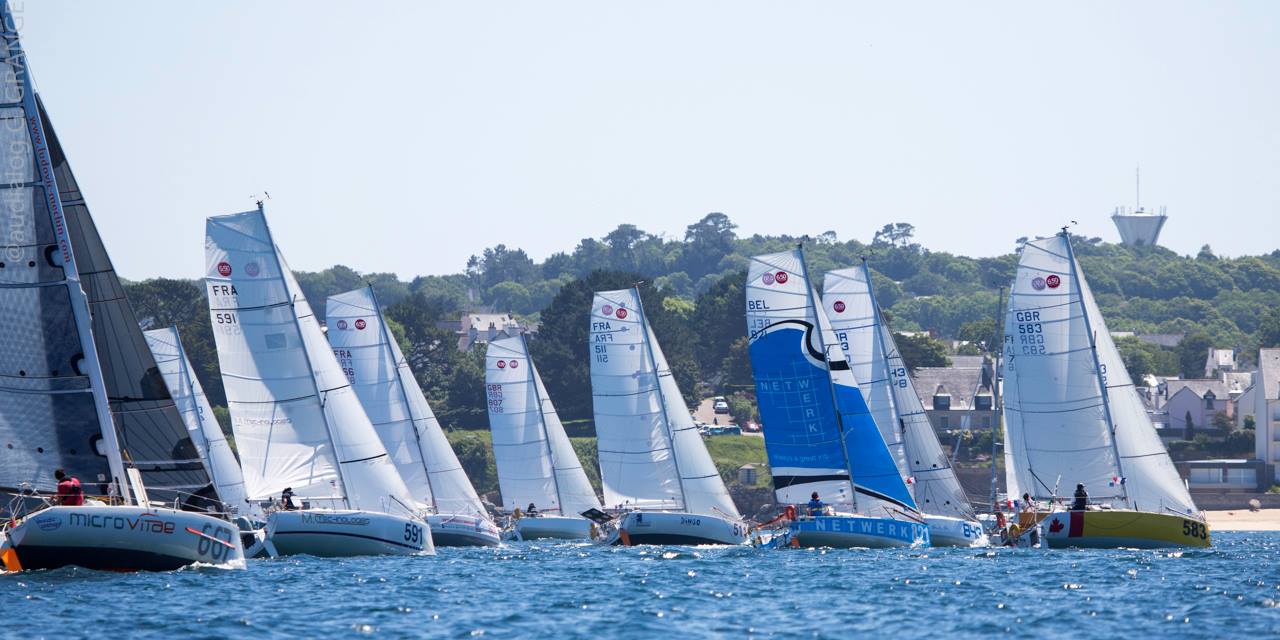 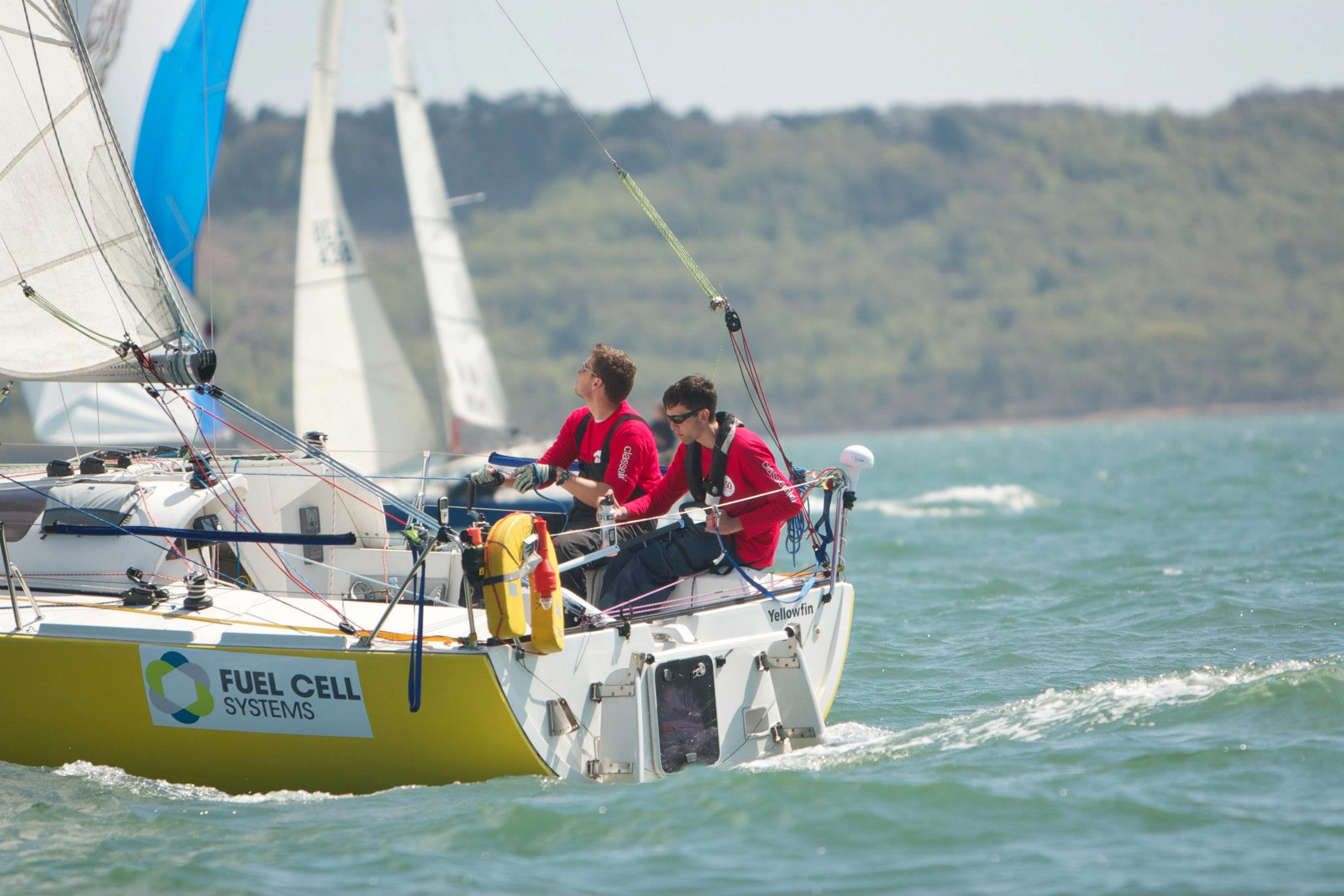