Please read part 1 and 2 before reading this.

After repairing my rudders, I again found a new wind. There is something special about having a huge problem that could essentially stop you from racing, and then persevere through it to find a solution. I felt good. Any problem on board I felt I could tackle, not that I was asking for more problems. But there was one.

I sailed with the big spinnaker for about 24 hours before my halyard broke. The halyard is the rope that pulls the sail to the top of the mast. I guess because the spinnaker had been up for most of the race the rope had worn down a little where it enters the mast. The spinnaker fell in the water but I managed to scoop it up without ripping it. My only option now was to use the halyard for the jib to hoist the spinnaker. This meant, however, that I couldn’t sail with a jib.

Usually in Minis, and many other boats, it’s faster to sail with three sails when the wind is stronger: a main sail, a jib, and a spinnaker. I was now limited to two. Not the biggest deal in the world but I would say about 10% slower then I could have been. Luckily I was within 300 miles to the Azores. So I took the jib down, and put the kite back up. On my way again. 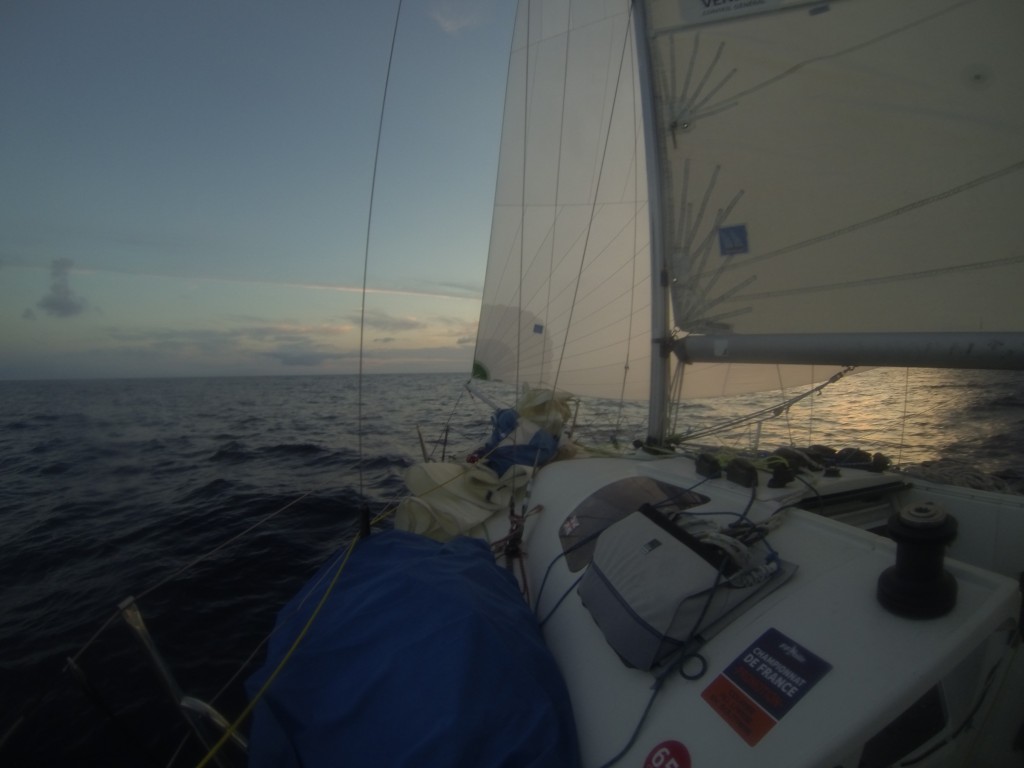 I was sailing with auto driving, spinnaker up, and shirt off. It was a beautiful day. The pilot stopped working and we spun out into the wind. GREAT, another pilot problem. I took the spinnaker down, sorted out the boat and then went downstairs to check out what the problem was. It had seized again. This was the last straw. I had no more patience for the autopilot. I had about 200 miles until the finish, which with the wind I had would be about a 36 hour sail.

“I have sailed 36 hours nonstop without sleeping before,” I thought. I made a high calorie Expedition Foods meal, took some water bottles from my bag and put them in the cockpit, grabbed my dry suit and got at it. Hand steering the last 200 miles. I felt unstoppable.

The wind picked up to about 25 knots with Yellowfin surfing at more then 12 knots. A few times Yellowfin nose-dived into the wave ahead, sending a wall of water my way. I was tethered to the boat so all was good.

The night fell and I continued to steer. The night went by smoothly but I was getting tired. The next night fell and I was getting close to the Azores. I could nearly see the first of the Islands. The weather was pretty consistent up until that point. Various clouds would come bringing about 50% more wind then usual, but nothing extreme was happening. Inside the Archipelago it was a different story. Random clouds would fall from the Islands and bring about twice as much wind as normal, usually accompanied with a bit of rain. Some clouds would bring absolutely no wind and tons of rain. It was weird. I kept plodding along towards Horta.

Finally after about 5 coffees, a few protein bars, and a lot of frustrated sailing, I crossed the finish line. Two support boats came to see me to help me in the harbour. One was for the photographer of the race, who I knew from the start, and the other boat was full of Portuguese guys who I didn’t know. In that moment, they were all my best friends. 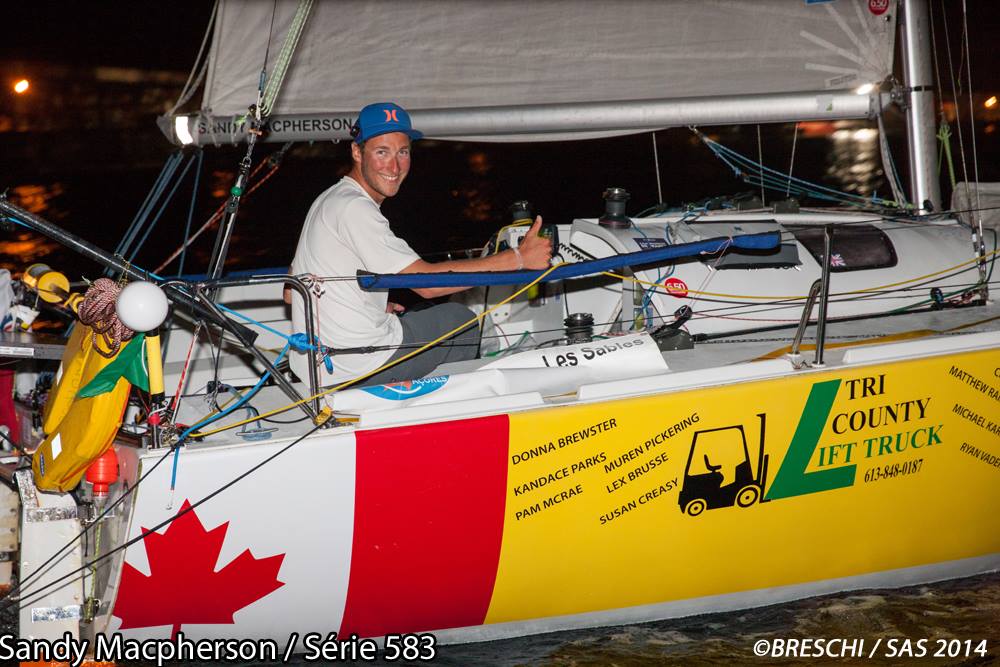 I felt on top of the world! The race flashed before my eyes and I remembered my first autopilot issue, then the rudders, then the second autopilot failure. It all seemed so long ago but I realized it was all in one race. To finish under the night sky, with a huge volcano looming felt amazing. I arrived at the dock with about 20 other mini sailors and race organizers waiting for me. It was 5 in the morning and they all stayed up. After plenty of high fives and hugs, I started telling them stories about my breakages. They had no idea what had happened. I got a few more pats on the back and then was handed a beer. One was all I needed haha 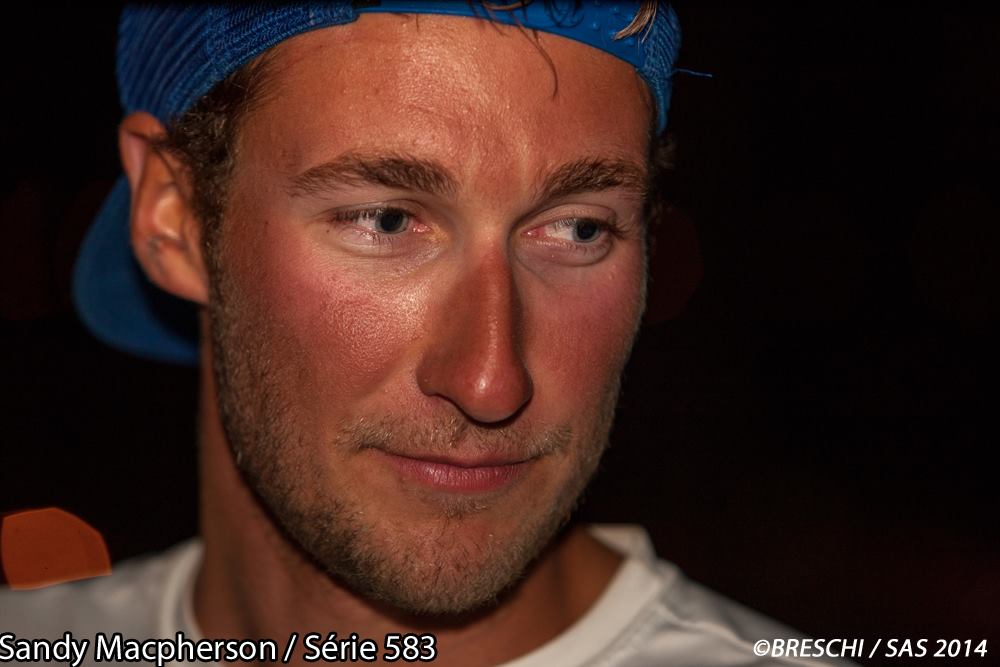 I slept well that night, as you can imagine. It has been a bit of a blur since finishing the race. The jobs list is finished and we have had some time to explore the island. The Azores are amazing! Every day is sunny with the only cloud cover coming from another island or the top of the volcano. The temperature hovers around 30 degrees with the water temperature around 20 degrees.

The Azores have a rich history of whaling and the Class weas invited to have our prize giving ceremony at the old whaling factory. This sounds gruesome but it was a really cool experience. It is also the Semano do Mar. (Sea Week). The waterfront is lined with stands for the festival and there are two stages with music acts playing nearly all day. With a few good parties behind me, its time to start thinking about the next leg. We leave on Tuesday and the weather is looking tough. The forecast may change but its looking to be another long leg.

This will be my last blog until after the finish of the second leg. Lets hope this leg back goes a bit more smoothly. Thank you to everyone who has helped me get here. It’s been an amazing experience and I have learned an immense amount. Until Les Sables, Caio.